As the Michael Flynn case appears to be winding down, many are demanding answers about how it ever got started.

Some have said the Obama administration targeted Flynn, in an attempt to take down incoming President Trump.

Now, a new court document might put Biden in hot water, as lawyers alleged, he was very much involved:

Former Vice President Joe Biden appears to have “personally raised the idea” of investigating Michael Flynn for potentially having violated the obscure Logan Act during his phone calls with then-Russian Ambassador Sergey Kislyak, according to newly filed court papers Wednesday… 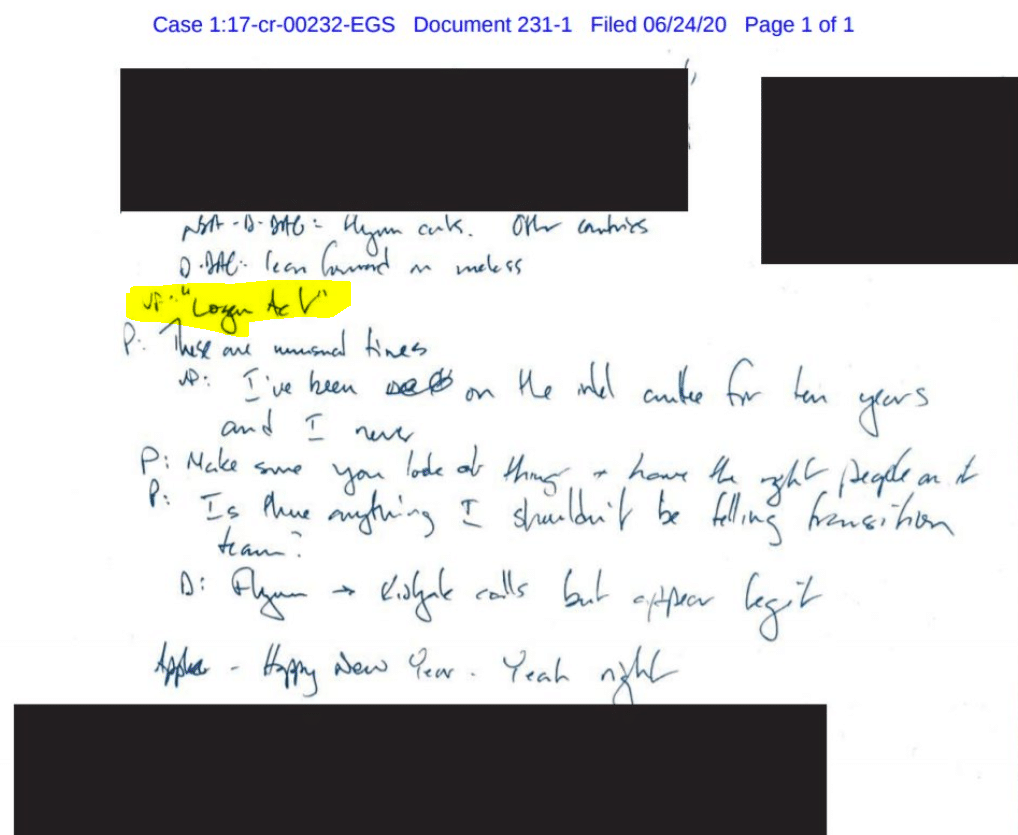 ”That became an admitted pretext to investigate General Flynn.”

This development is extremely important for the investigation and the 2020 race.

We have reported on how Joe Biden openly denied having any knowledge of the case against Flynn when he was vice president. Then, he backtracked (during the same interview) to admit he did know about the investigation.

Except, he claimed, he wasn’t personally involved.

This new document raises new questions about Biden’s narrative. If the defense lawyers’ assertions are true, Biden wasn’t only personally involved, but he might have been a part of kicking it off.

It also seems to highlight Obama’s involvement and FBI Director Comey’s admission that the Flynn/Kislyak call was not problematic.

The FBI went after Flynn over the relatively obscure “Logan Act.” The media spread the story that Flynn broke the law by not disclosing his interaction with Russia during his interview.

Recently, the DOJ dropped the charges against him, saying there was no material reason for him to be investigated in the first place.

Court documents seem to suggest that the idea to charge Flynn with violations of the Logan Act may have come from Joe Biden.

That probably will not be good news for Biden’s 2020 campaign. As he tries to win over the American public, he might have to explain his involvement in the Flynn debacle.